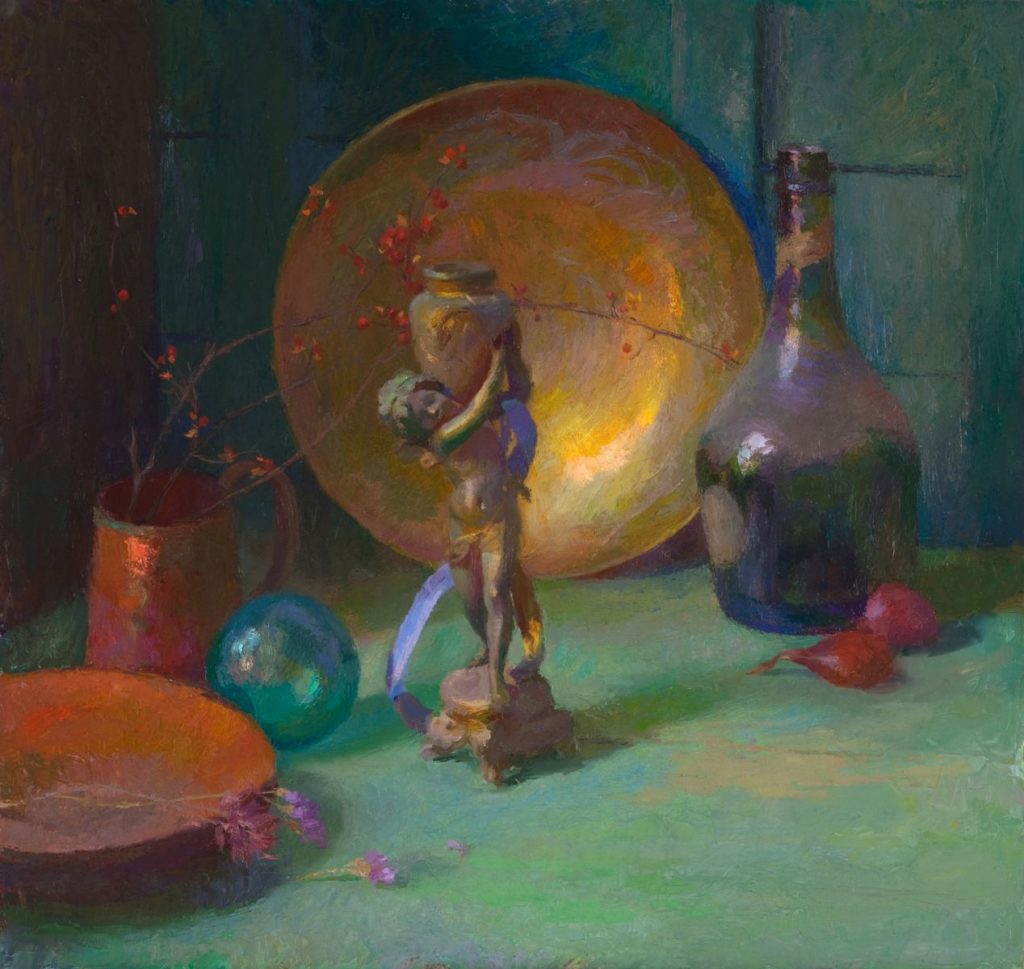 I met John Ebersberger many years ago at the Maryland Hall for the Creative Arts, where he was a teaching resident. John and I immediately connected as we had similar backgrounds with our interests in comic strips and connection with the Maryland Institute of the Arts, though very brief in my case.

I interviewed John for a website I had in the 90’s called The Artist’s Survival Guide. I’ve dusted it off and posted it here.

TS: John, how did you get started in art?

JE: I loved cartoons as a kid. The first cartoon book I ever had was Walter Fosters “How to Draw Animated Cartoons” It’s an incredible book! I drew a little cartoon sketch of a baseball player from the book. I amazed my fellow students that I had drawn it. They said, ‘You traced that…let’s see you draw it.’ So I drew it again. Cartoons sparked my interest in art.

JE: And they’re still aren’t! They were very conceptually oriented. They were concerned about absurdist conceptual ideas about art itself, rather than relating to nature. Instead of looking at the human form and studying anatomy it was more about studying art itself, such as the picture plane, and the relationship of splattered paint and found objects.

JE: It had absolutely no interest for me. It made it easy for very untalented people to proclaim themselves as artists. When I graduated I went to a sketch group here in Annapolis. That’s when I met Cedric Egeli. I looked at the drawing he had done in the sketch group and I was amazed. I had never seen a head drawn so realistically, in 3 dimensions and modeled in full light and shade. That was a totally new concept to me. My approach was very linear coming from cartoons.

I immediately came up to him, now as an art school graduate, and said to him, ‘Will you teach me how to draw?’ He cryptically muttered under his breath, ‘Draw longer lines.’ What he meant was to draw longer relationships of line, sort of like a line of action in a cartoon. So thus began my real art education at the hands of Cedric Egeli.

He was the first art instructor at the Maryland Hall for the Creative Arts, where he taught with his wife Joanette Egeli. It was those two who introduced me to Henry Hensche, the impressionist painter on Cape Cod. I went with Cedric and three of his students to Cape Cod and spent 2 weeks studying with Henry. I was totally intimidated. I just didn’t get it. I didn’t grasp the importance of this guy. So I went back the next year and I realized then I was in the presence of someone who had the utmost integrity about his art. He didn’t talk about sales-everything he said was related to the purity of fine art painting.

It was a stunning thing to hear him speak. I realized I was in the presence of greatness. I watched him do a demonstration painting and I couldn’t believe how beautiful it was. It took my breath away and I was totally hooked from that point on.

At that time he was in his mid 80’s and I knew I had to spend as much time studying with him. I was also fighting my impulse to be a rock-n-roll star, as well. But Henry’s paintings were so dynamic that they rivaled the intensity of the rock-n-roll experience.

Henry’s art philosophy presented an opportunity in art for me, that is, the beauty and study of nature first hand in all its glory. It seemed something worth devoting my life to. That’s where I dramatically turned the corner from rock-n-roll and cartoons to painting. 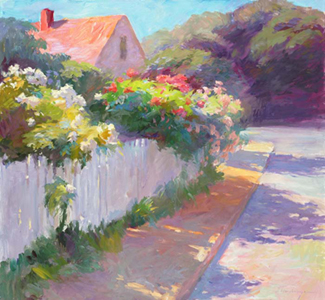 TS: What specifically did Henry give you?

JE: Henry taught me how to perceive the colors of nature in a first hand way, without any formulaic approach or recipe. In the past when a student would study with a painter, the painter would teach the student a method whereby they could, for example, attain a certain flesh color. ‘Mix 3 parts Venetian red with 4 parts of yellow ochre, and, you know.

Henry’ approach was to be able to mix any color you saw in nature, and that included any object in any given light key. By light-key I mean, first of all, indoor light vs. outdoor light; early morning sunlight vs. late afternoon sunlight; a cloudy atmospheric day; all the varieties of light that nature presents to you. If you can perceive a color, and paint that color, you can effectively paint that object in any given light key.

This buddy of mine, Tommy Thermon, who is a really great painter, calls it the ‘Zen of painting.’ The whole Zen Buddhist trip was to get people to experience nature firsthand. They didn’t want you in a dogmatic system. They wanted you to experience reality in an unfettered way.

In a sense that’s what Henry taught-how to perceive color without your mind getting in and saying ‘Wait, grass is supposed to be green…I better paint it bright green.’ But if it’s just one color of green how is it you’re seeing all this incredible variety of visual effect in nature? When I walk out the door the grass on my front lawn looks different than it does when I come home in the afternoon. It looks different on a cloudy day. All the sudden you realize you can’t use these word symbols to paint by. The grass is ‘green’ no longer has any meaning.

TS: How does John Ebersberger fit into the broad scheme of impressionism?

JE: I’m not old enough to be able to talk about myself. I’m still relatively young man. Great painters who made significant contributions to art such as Monet and Henry, they did so later in life, in their 70’s or so, so I have a few years to go. 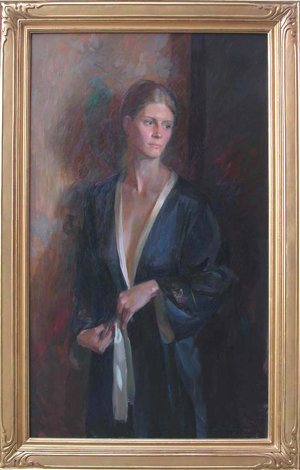 I had a wonderful opportunity to study with a great figure painter named Cedric Egeli, and also his wife Joanette, and his father Bjorn Egeli. What I would like to do is bring together the classical understanding of the figure that I learned from Cedric with the exploration of color that I learned from Henry.

There is one genre that Henry did not do much of, and that is the outdoor figure. The artist Freiseke did some beautiful outdoor nudes. One’s in the Metropolitan Museum of Art. They recently had a retrospective of his work and I flew down to Savannah Georgia to see it. I have done several life-size outdoor figure paintings, and that is what I’d like to focus on. I don’t see myself as striving to create any new innovations in art, maybe merely carry on the torch of the artists that proceeded me.

JE: I’ve been teaching at Maryland Hall for the last 20 years. There are now students that I taught now teaching, like Abigal McBride and Sharon Littig, and others. There are many other artists at Maryland Hall who came through the Hensche teaching. When I first started showing in downtown (Annapolis) I was the first oil painter in McBride Gallery. At that time the galleries were filled with duck art. Now, you can definitely see an improvement in the quality of art over the years.