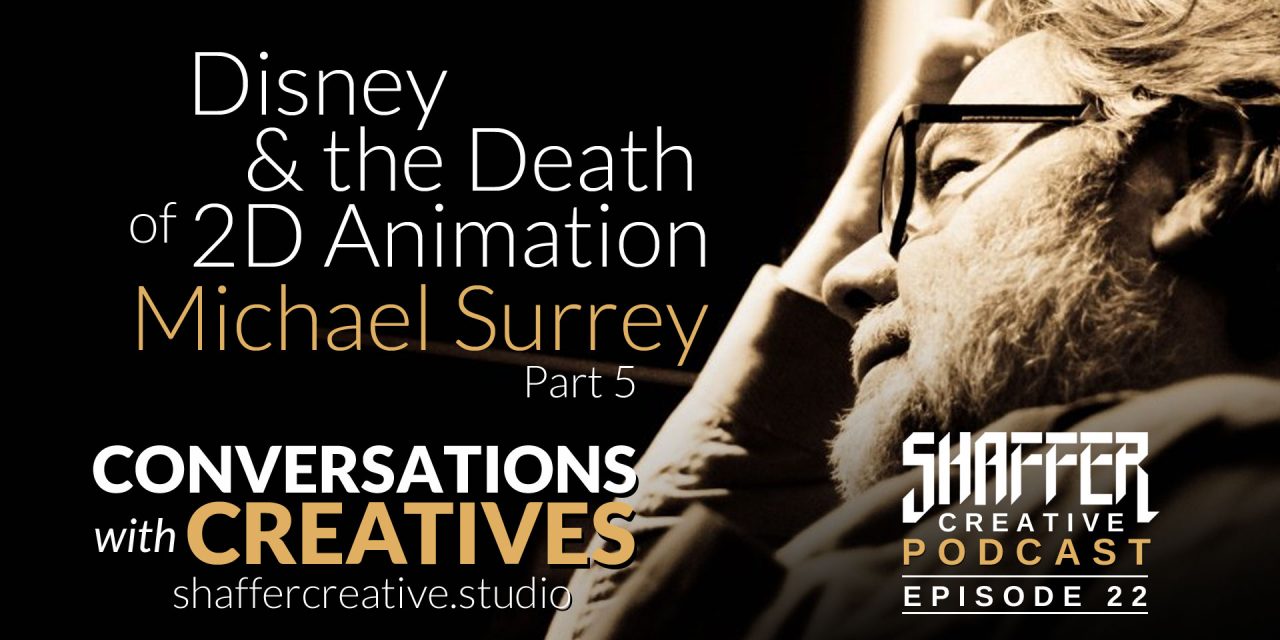 Mike Surrey lived through one of the most unthinkable moments in animation history — the day that Walt Disney Feature Animation would close it’s door to an 86 year lineage of hand drawn animation. The Princess and the Frog was the 49th, and final, 2D animated feature to be produced at Disney.

In part 5 of my conversation with Mike Surrey, Mike chronicles his career from Huntchback, working on Tarzan, Atlantis, and Home on the Range, while he was a witness to the monumental changes in the animation industry, the departure of Katzenberg from Disney, the formation of Dreamworks Animation, Disney’s purchase of Pixar, and the end of the traditional animation era.

SUPPORT US AT PATREON